A History of First Christian Church in Manhattan, Kansas 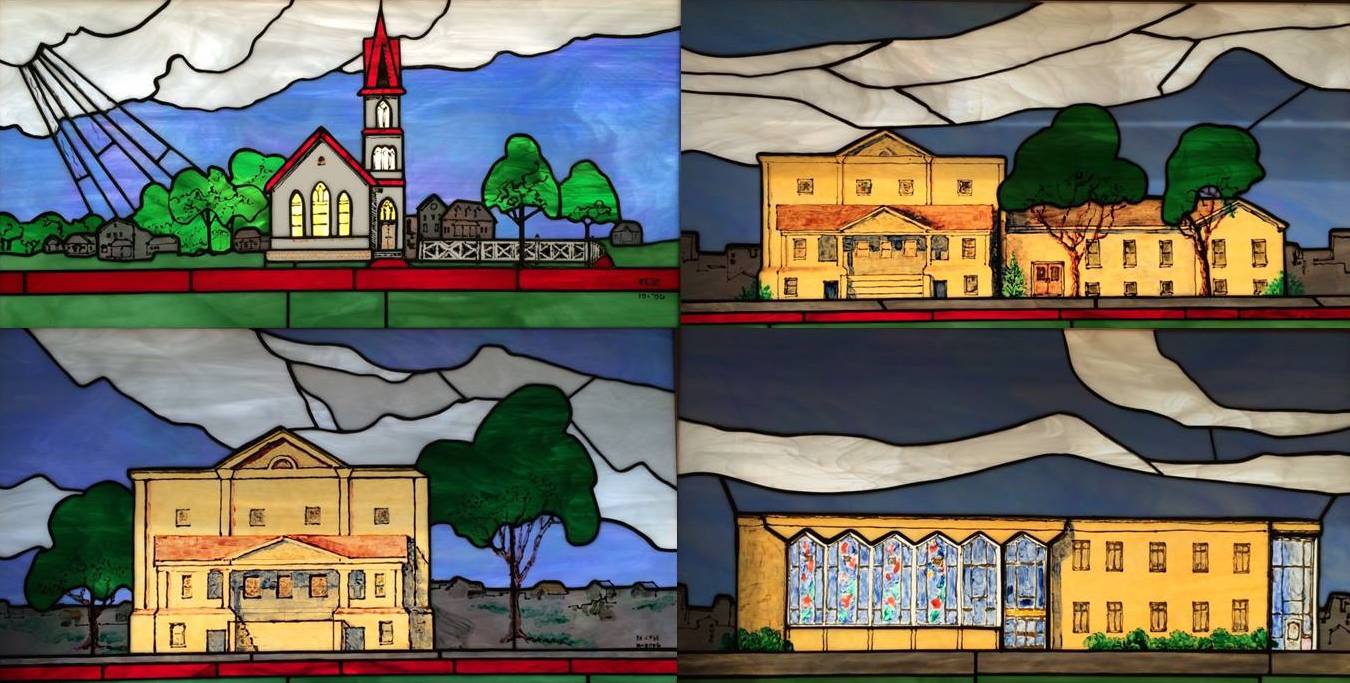 First Christian Church, Manhattan, Kansas, was founded in August 1867 with 36 charter members.  In the beginning, meetings were held in homes and in various halls downtown.  This first church had no governing board, and all business was brought before the entire congregation.  The first recorded board meeting was in 1889.  First Christian Church remains locally governed with a board of elected officers and committee chairs.  Major decisions are brought before the entire congregation.​

A new stone church building, 54 by 80 feet, was constructed for $23,000 and dedicated November 14, 1909.  Koller Hall was added in 1938.  This church building underwent major remodeling in 1962.  At this time, Arnold Hall was added doubling the size of the educational unit.  The sanctuary was remodeled and the narthex was added as well.

Many people have helped build the church, and the names reflected in the building tie us to that history.  J.A. and Anna Bell Koller (Koller Hall) were active in the church and community affairs and were among the first to support new building projects.  The first time the Koller name appears on the church records is 1902, when they pledged $50 to help pay off the church indebtedness of $500.  J. David Arnold was pastor from 1912-1914 and again from 1920-1951.  Arnold Hall honors his service.

Charter members Jacob Winne and John and Mahala House are remembered by the inscriptions on the stained glass windows from the 1909 church.  These windows were saved by Fred Ernst and incorporated into the sanctuary of the "new" church in 1962 by his son Gene Ernst, architect for the remodeling project.

​Music has long been an important part of the worship service.  A small organ was placed at the front of the original church.  A wick's pipe organ was installed in 1926.  At present, a grand piano, a Rodgers organ, bells, and several instruments add to the worship experience.